Tetrads for Managers, and Dysfunctional Teams 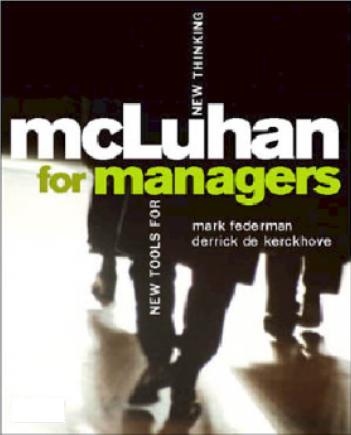 Yesterday I did a brief McLuhan for Managers seminar with a group visiting from the Netherlands, all members of the Master Course in Management and Innovation at the University of Rotterdam and Nijmegan. Because the session was limited to one morning, I focused on basic vocabulary – medium, message, figure, ground, and environment – and the Laws of Media tetrads. The set-up for applying the four media laws – extension/enhancement/enablement, reversal, obsolescence and retrieval – were scenarios to which almost anyone in a medium-to-large enterprise can relate:

As you might expect, there wasn’t a single person in the seminar who could not relate to each and every one of these situations. Such failings and dysfunction can happen in both tactical and strategic situations. It is often the case that some of these situations occur routinely in an organization, resulting not only in poor decisions, but even worse morale and motivation.

As a way of mitigating these ill effects, I introduced McLuhan’s Laws of Media tetrad as a combination analytic and facilitation tool. The dynamic of the tool is simple. Because it does not rely on dichotomous thinking (pro/con, advantage/disadvantage, upside/downside, etc.) no one feels the need to take a position and defend it. Moreover, because all ideas and observations can be place in the tetrad, everyone’s contribution is quickly acknowledged. Indeed, even the strongest proponent of a given position is encouraged to find situations in which the opposite position might occur. In short, each of the aforementioned dysfunctions can be easily addressed and constructively managed:


Using the Laws of Media tetrads as an analytic thinking frame is tremendously valuable for strategic planning, organization realignment, dealing with controversial issues, and tactical planning in almost any kind of organization. And, of course, you know who you can turn to should you need training or facilitation assistance!
[Technorati tags: laws of media | tetrads | strategic planning | tactical planning | mcluhan for managers | team dysfunction | leadership]
Posted by Mark Federman at 11:42

Email ThisBlogThis!Share to TwitterShare to FacebookShare to Pinterest
Categories: Management and Applied McLuhan for Managers, McLuhan Media and Culture, Valence Theory of Organization

Hello Mark,
Nice to read your impression en reflections about the brief seminar you did when we visited you.
Once again I like to thank you for your enthousiasme en inspiration and the way you maked ground figure to me.